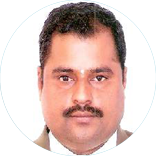 As PRS's Director, Mr.S. Manikandan being a co-founder is heading the growth , and shaping PRS's overall enterprise computing strategy and business development in India as well in the international market. In his role as managing director , provides directional leadership across all business units and interfaces with partners, customers and government agencies. Under his leadership, PRS has grown to multiple fold including becoming an ISO 9000-2001 certified company. He received the "National Industrial Leadership Award" from the Union Cabinet Minister for Planing. Mr.Manikandan married to Mrs.Mahalakshmi, having children M.KarthiKeyan,M.Keerthana & M.Kaavya. 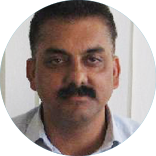 In Mr. Joshi's role as vice president of business development, he is responsible for leading business nationally for PRS. With nearly 22 years of experience, Mr Joshi has proven the ability to build buisness and business teams in start-ups that have grown companies to successful exit buy-outs.

Prior to joining PRS, Mr. Joshi had a privilege of heading a prestigious project of BrahMos Missiles System an Indo-Russian joint venture.He also worked as a Protocol Officer to the President of India at Siachen Glacier-2003 and Defence Minister-2003. Mr.Joshi married to Mrs.Meenakshi, having children Gaura and Garv. 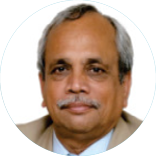 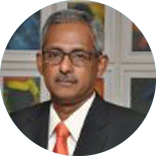 Rear Admiral Sailendran Madhusudanan was commissioned in the Indian Navy on 01 Aug 1978. He is a graduate mechanical engineer from Annamalai University, and holds a master’s in Defence Studies from the Defence Services Staff College, Wellington. In his 35 years of service the Officer has held various staff and field appointments which include the aircraft carriers INS Vikrant & Viraat; Frigates , Krishna and Ganga. He has had a long association with shipbuilding having been in the Warship Overseeing Team at Mazagoan Docks and the Warship Production Superintendent at Sevmash Shipyard Russia. In addition to being on the instructor faculty at INS Shivaji he has discharged managerial responsibility at the Naval Dockyard Mumbai and prior to retirement was the Admiral Superintendent of the Naval Ship Repair Yard at Kochi. Currently he is the Director Maritime Systems in a leading industrial concern having production units engaged in high end electronics and high precision mechanical manufacturing. The Admiral is a Fellow of the Institute of Marine Engineers (India 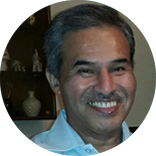 Lieutenant Colonel, Indian Army, opted for retirement after 22 years of service. Family. Wife is a MA, B.Ed. and presently self-employed with her own boutique of Lucknowi Chikan garments. We have two children, son is a Lt Cdr in the Indian Navy as a pilot and daughter is a BA, LLB working as a Legal Counsel with Tech Mahindra.